What is Generation Equality?

Generation Equality is the most visionary agenda for the empowerment of women and girls, everywhere. As we all around in our society women, girls are not treated the same way they should have. The world is struggling to tackle issues regarding women’s underrepresentation in parliament, the gender pay gap, and gender-based violence. 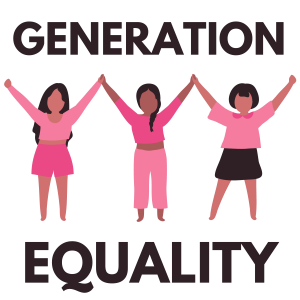 Women and girls are not afraid of walking home late at night, and men and boys are not trapped in oppressive masculinities. Men and women get paid equally for work of equal value and share the care work at home.

Imagine equality in political leadership and corporate boardrooms and factory floors. Women have equal say in decisions that affect their lives, their bodies, their policies, and their environment, from villages to cities.

The world would be a better and safer place for women to live and express what they love to do. The domination they were facing ever since didn’t let them do anything. “Generation Equality” is the necessity of 2021, and years and centuries to come up.

Generation gap, society pressure, male dominance never let women express their talents. We all need to stand in unity to fight against these social animals, and needs to fight for “Generation Equality“.

In today’s world, both women and men and girls and boys all over the world are speaking up for themselves and for those who have been silenced, stigmatized, and shamed for far too long. Many are from a new generation. They are seizing the moment to re-imagine economies, societies, and political systems so that they uphold human rights and achieve gender equality, leaving no one behind.

UN Women is bringing together the next generations of women’s rights activists with gender equality advocates and visionaries. These were instrumental in creating the Beijing Platform for Action more than two decades ago. Collectively, these change-makers of all ages and genders can tackle the unfinished business of empowering women through a new, groundbreaking, multi-generational campaign: “Generation Equality: Realising women’s rights for an equal future”.

The Generation Equality campaign demands equal pay, equal sharing of unpaid care, and domestic work. An end to sexual harassment and all forms of violence against women and girls. Health-care services that respond to their needs. Equal participation in political life and decision-making in all areas of life.

“You can have anything you want in life if you dress for it”.